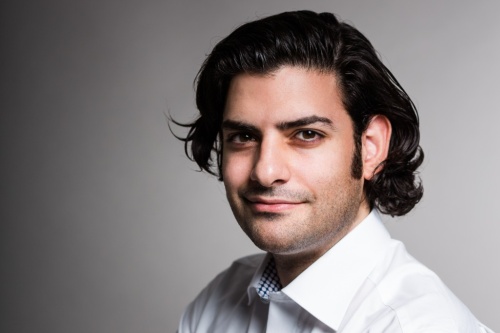 Program:
Songs by Franz Schubert
"The Path of Life"

A secret guy among the lieder singers is the young Austrian Ilker Arcayürek, who was born in Turkey. He first had to earn his living, so there was no time for a proper study at a music college, instead he took private singing lessons in Vienna. The tenor Ilker Arcayürek is the first prizewinner of the 2016 International Song Art Competition of the Hugo Wolf Academy in Stuttgart. In 2015 he was a finalist in the BBC Cardiff Singer of the World Competition and was voted New Generation Artist by BBC Radio 3 until the end of 2017. In the concert in Brixen, accompanied by Simon Lepper, he sings songs by Franz Schubert under the motto "The Path of Life".

Reduction € 5.00
Children & teenagers up to 14
Students of music schools
Music teachers together with students

As the number of seats is limited, we recommend that you reserve your tickets for the concert early.

In order to avoid crowds, the tickets should be purchased before the concert in the Forum Brixen during office hours from February 3rd.

Access is restricted to people who can show a Super Green Pass (2G certificate).

From December 24th, 2021 until the end of the epidemiological Covid19 emergency, FFP2 masks must be worn for publicly accessible performances in closed rooms.